I want a city apartment and a country house. A lazy bull-dog and striped pajama pants that are weathered and fabulous. I don't want a cleaning lady or a gardener to plant the flowers in the front lawn. I'd like antique typewriters with silver keys for tired fingertips, and I'll blast music in the kitchen, making omelets, swinging my hips until I decide it's time to stop. I want friends over at least once a week for wine and remembering. Books by the dozen on my nightstand. An award-winning novel with my name on the spine. Maybe two. A lover curled up against my back. Passion and romance and picnics on weekends and walks around museums and adventure. I won't care how tired I get. I'll never stop running

unfortunately i didn't write this. but i do love this. and i think i want what she wants.

who is she? she's a college senior in Boston who will be graduating this year.
for more please have a look at her story on the Boston Globe.

it'll soon be two years since i've graduated from NTU.
Am I happy? I think i'm doing alright. I like my job. I like what I"m doing although i do gripe about it occasionally (who doesn't?)
I still am longing to go back to study. I think I'd like to do a degree in either film (not film production but film or cinema studies - I want to be a professional movie critic!! and i'd have to know exactly what I"m talking about wouldn't I?) or literature/writing. (I want to better my writing. I want to write fiction, I want to write poetry. I confess to be not too hardworking in this aspect. Once in a while I jot down some lines that popped into my head but i leave them alone. I don't go back to work on them. i let well, sleeping lines lie. and lie they do. dormant.)
Yet how do i give up this job I'm in and take off for somewhere else without a salary? I don't want to rely on my parents anymore. i don't want their money. i already feel like i'm in too much debt to them since they paid for my uni education.

i want for him to not go away.

Posted by RealLifeReading at 5:13 pm No comments:

So I watched Troy.

so i saw brad pitt looking his age. eric bana doing a nice heroic role. orlando bloom playing the wuss. the great peter o'toole proving that age is no matter when it comes to acting, that his blue eyes can still provide as steely a gaze as ever.

but i also watched Troy and asked, THIS is Helen? this is... er wat was that? ... the face that launched a thousand ships?
i mean she is beautiful but stunning? No. a good actress? Hell no. Hector's wife (apparently an aussie actress) is ten times better an actress.

and mr pitt? well... he was quite good i guess. altho his role as Achilles was pretty one-sided. and not much about the great warrior's background was explained. (and i'm not just saying this because there were major hints of his nude body several moments in the show)

was it an epic movie? well some of the battles were good. some of the acting was good. the directing was decent. there was the feeling of a lot of CG characters running around on the battlefield. and honestly the shot of a thousand ships at sail on the sea didnt do it for me. altho the aunties sitting behind (at least i think they were aunties) kept tsk tsking throughout..
so somehow or other they were impressed (if disapproving)

as for The Day After Tomorrow, it was watchable, though i wouldnt have paid to see it. (Troy i did pay, but then again transport and dinner was free so somehow it all evened out!)

i shant explain this one (as if i explained Troy in the first place!!) except to say 'did we need another disaster movie?'

it did provide some hilarious (altho unintentionally so) moments, like where starving wolves try to attack some kids on a ship stuck in ice. actually just typing this sentence makes me want to laugh at the ludicrous-ness (such a word??) of it.

The cranky movie critic wld like to rate the shows now.
Troy gets a 4 out of 5 stars
Day After Tomorrow gets 2.5

thank you and good morning

Posted by RealLifeReading at 5:46 pm No comments:

Unfortunately I've not had the chance to see Adaptation which I"m sure was equally brilliant but Sunshine was an exceptional movie.

It surprised, it moved and made one think.

It wasn't a straightforward movie and in fact some might call it a bit warped.

But it is a definite must-see!!

The basic premise (SPOILER ALERT!) is that Joel meets the love of his life, Clementine. But they're total opposites. She one day, on impulse, decides to erase all memories of him from her mind. He finds out and decides to take his turn. But in his case, while the memories are being erased, he tries desperately to cling onto them. He however loses the battle and can't remember her when he wakes.

It's a story about how when two people are meant to be together, they will eventually end up together, even if they erase all memory of each other.

It was a truly excellent movie and heck I would love to watch it again, just to take it all in once more!!

Tonight will be watching Troy - not a free show this time though - but hopefully it'll be good.

forgot to mention that i managed to watch some shows i'd been meaning to see on my flights to and from perth on SIA>which has the best inflight entertainment ever!! on-demand too!!

i saw the last bit of the return of the king (i've only seen it once versus 5 times for the two towers), william h macy in the casion film The Cooler (excellent movie - A-), Robert Altman's behind-the-scenes at the Joffrey Ballet, The Company (was quite good altho bits and pieces were a bit off i think: B)
saw the first 20 min of Cold Mountain, got bored....
also caught The House Of Sand And Fog, also quite heavy going but with truly breathtaking performances by all the leads including jennifer connelly and ben kingsley. i forget the iranian woman's name tho, which is unfortunate as she was the best of all of them and should've won the oscar. (she didn't, did she?? i tell you, the thing about the Academy Awards is that no one bloody remembers who won anything soon after...)

Posted by RealLifeReading at 1:19 am No comments:

once again i am back from another junkett. this time to club med cherating. it was an enjoyable 2 nights 3 days there. there was time to chill out, to make new friends, to join in the activities and partake of good food.

i cant tell what 've done to deserve these two wonderful trips but i tried to savour every single moment, by giving the different things a try, talking to people and taking pix. so here are some of my fave pix of the club med and margaret river trips. 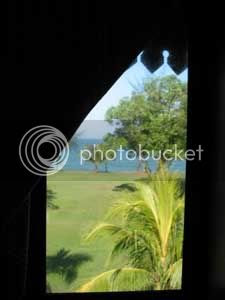 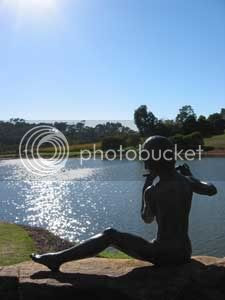 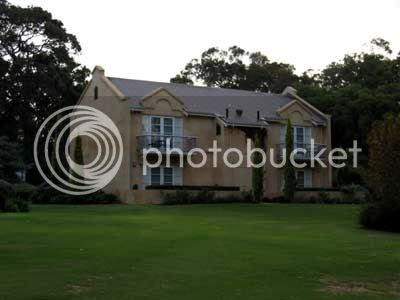 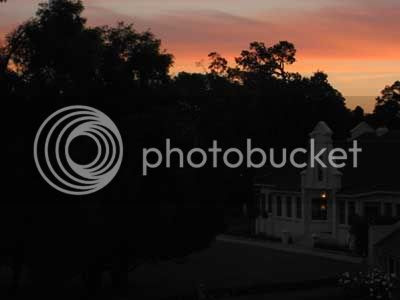 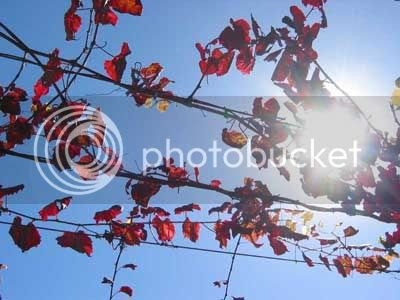 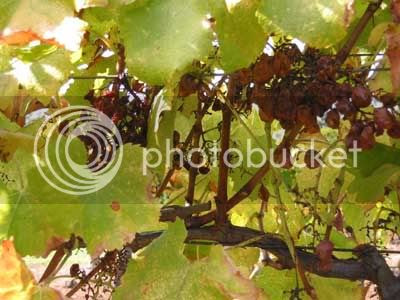 grapes on the vine

at Manly (sydney trip)
Posted by RealLifeReading at 6:00 pm No comments:

i'm having a good month. a really good month which involves lots of travelling.

it all started on april 20, when i flew to sydney to do some sightseeing and drinking and of course watch Radiohead in concert. I was home on the 26th of april. and just almost a week later, on May 2, i was back at the airport, this time on a flight to the other end of Australia - Perth, more specifically, the Margaret River region. MasterCard kindly sponsored the trip there, which was for the International Wine Tourism Conference. Was back in Singapore on the 5th. And that sweet boy picked me up from the airport. :)

and tomorrow morning i will be waking up before the sun again and heading to Newton to catch a bus to Cherating. Damn i hate having to go to Malaysia by bus but no choice really!

Posted by RealLifeReading at 2:47 am No comments:

interestingly i'm kinda nervous about this trip. i guess it's understandable?? - it is after all my first overseas work assignment. and while i wldnt say that it's a very big thing (one of my classmates works for reuters and he went to taiwan to cover their presidential election!) i am still a bit apprehensive. i dont know what to expect!

let's just hope it'll all be good. there is always hope!

Posted by RealLifeReading at 3:25 am No comments:
Newer Posts Older Posts Home
Subscribe to: Posts (Atom)