monday in the kitchn 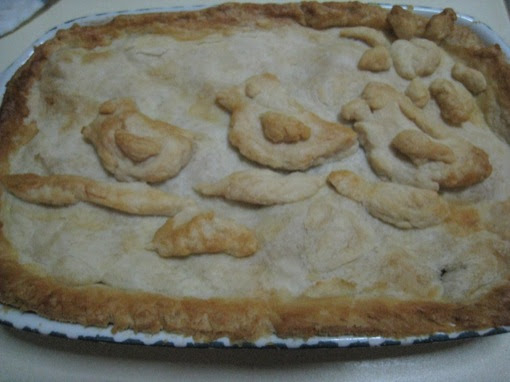 A chicken pie (shortcrust pastry made from scratch). Leftover pastry makes for some ugly ducklings. 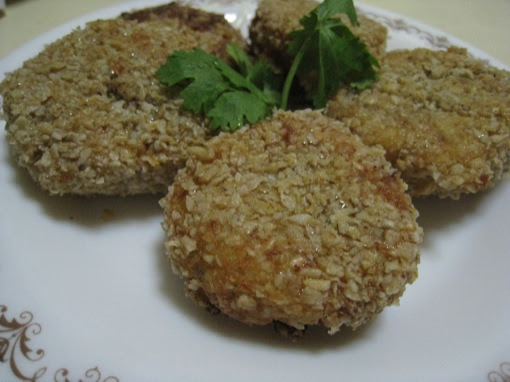 Prawn cakes - instead of breadcrumbs, we processed some rolled oats. Crispy!

And not pictured, an orange sponge cake, covered with a honey-marmalade.
Posted by RealLifeReading at 5:58 pm 1 comment:

Last night, R forwarded a two-sheeted excel document from his friends whose wedding is a week after ours. It's a comprehensive list of helpers, contacts, a detailed schedule of the actual day and what-nots. And they've even scheduled a helpers' meet-up for next month.

It looks like we've got some catching up to do.

But with two months to go, and things more or less booked, I figure, eh, we're doing ok. Sure there are the little things to sort out, but I don't think ours is a complicated wedding. We do need some help from friends and family to run things on the actual day, but I think things should go fine.

(Although as I type this, I wonder, am I too relaxed? People keep saying I seem very relaxed for someone who's getting married in a couple o fmonths. Is there such a thing? Why do brides always seem so stressed out and busy doing stuff? I know I've asked this before, but it seems like such a surprise to people that it keeps me wondering, huh, what should I be doing? What should I be thinking about? And yet as I think about these questions - answers are a blank - I think of what is important to me on the day itself: That the people who matter are there. And that everyone's happy and eating good food.)
Posted by RealLifeReading at 7:04 pm 4 comments:
Labels: wedding

Songs for a rainy Friday (in four languages)

Posted by RealLifeReading at 5:30 pm No comments:
Labels: music

Friday to Sunday. Family trip to Penang. For a wedding. 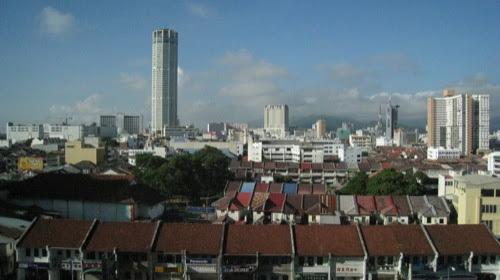 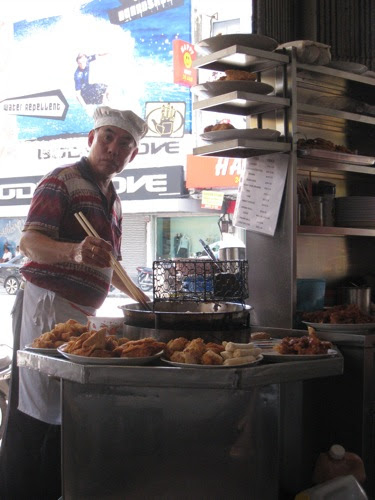 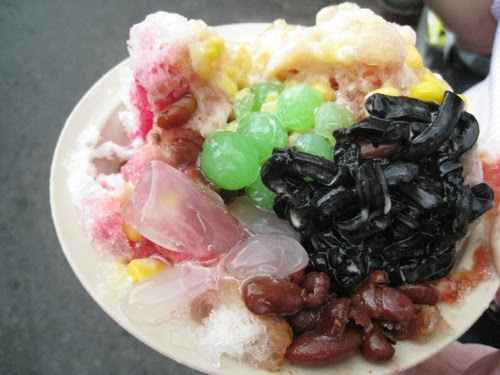 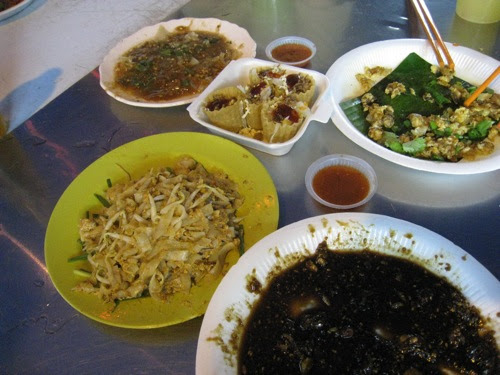 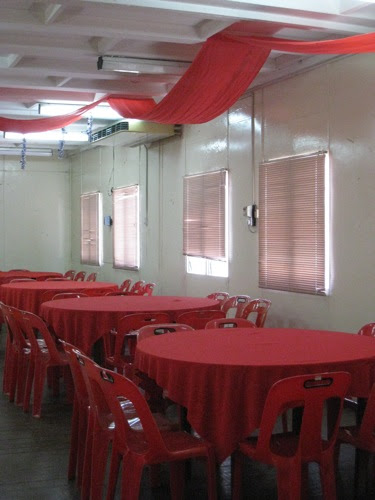 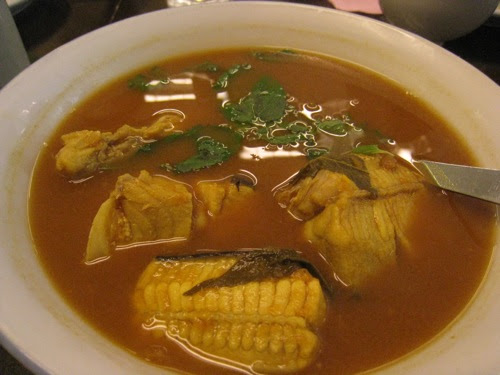 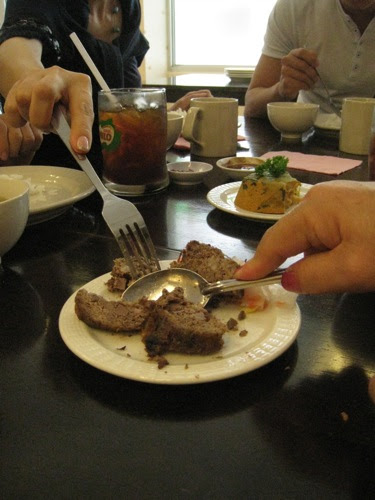 Posted by RealLifeReading at 1:41 am No comments:

Margaret Atwood on life and debt

Palin for President? (click on stuff, especially the phone! Someone sure has a lot of free time)

And my favourite recent online discovery? Being able to watch full eps of The Daily Show online! Like this one from 20 October, where Jon Stewart investigates what makes "Real America".
Posted by RealLifeReading at 5:48 pm No comments:
Labels: miscellany

After a weekend of Penang food, I wanted something non-Asian for dinner. It's like people needing to eat Chinese food after a few days in Europe, except that I need to eat ang moh food.

The canteen at the airport had the usual offerings, zhi char, cai peng, noodles... the one western stall had such a queue, perhaps also from pasta-starved Singaporeans returning from trips in the region. It was too long, and the relatives were all picking the quick and easy choices, so I figured I should look for something else. The only thing else was the Indian stall, which listed naans - plain, garlic or cheese. But as I looked at their naan, I just couldn't help think of the lovely Indian food at Cherry Lane last week, shook my head and went for some hot milo (and at home, some crackers and a brownie).

Cos I really really like the Indian food at Cherry Lane. I don't know what the stall's name is but the eloquent owner (at least I think he's the owner) persuaded us that day to try this new yet-t0-be-put-on-the-menu starter of button mushrooms, capsicum and spices wrapped up in a pastry and deepfried. It's served with a pineapple sauce. And surprisingly tasty.

And once again their tikka - this time we had the chicken - is tender and succulent. And their cheese naan and garlic naan were tasty with the cottage cheese and spinach curry.

Wash it down with a dark Erdinger. How can one top that with a airport canteen naan and curry?

(And on that note, this used to be a food blog, but it's not really one anymore. I don't eat out that often, and when I do, it's not really been all that fantastic. I'd rather stick to places that I know are good, such as the Indian stall at Cherry Lane, where you can get something affordable and really tasty. The old reviews are all still there on the right, and will probably remain; it's just highly unlikely that I will be adding more on places in Singapore.)
Posted by RealLifeReading at 9:59 pm No comments:
Labels: food

I have yet to watch Mad Men, but this post on its use of typeface is intriguing! (via)

“Housewife Finds Time to Write Short Stories” was the headline that appeared in a local paper when Munro first began publishing.

And I've just added Oh Happy Day to my Google reader.
Posted by RealLifeReading at 9:42 pm No comments:
Labels: miscellany

Because I'm a bit tired of writing and analysis. And I need to read something else. While Amazon has its Kindle, Sony apparently has been pushing its eReader, with UK book bloggers like dovegreyreader and kimbofo getting to test drive them.

So The Beside Crow gives us the Pony eReader! You can get your own too! Watch your life change before your eyes.

(And I must urge you to read the rest of the blog posts, it's like overheard in NY, except it's erm, conversations in a London bookstore. It's been providing some good reads for this dreary Thursday morning, of which I have a box of yesterday's fried rice and a big bunch of grapes to look forward to for lunch. And tonight, I have the exciting prospect of more telephone interviews with people who don't pick up their phones! Glory glory!)
Posted by RealLifeReading at 8:40 pm 2 comments:
Labels: reading

what I heard on woxy

I heart woxy
Because when you finally switch from the crap computer that takes 15 minutes to start up and never gets a steady internet radio stream, to a newer, much speedier one, you can always count on woxy to play some new (at least to me) and fantastic music, like...

I've done it several times before, but each time I have to decapitate a chicken, I get quite squirmish.

For yesterday's roast, of course the carcass came intact, scrawny feet and head flopping about on its skinny neck. I did the job as quickly as I could, and disposed of the head, keeping the feet for future stock-making. And this time, it was easier, it was less panicky. The first time I had to chop off a head, I was quite convinced that the chicken would wake up out of its frozen sleep just as the knife was about to touch its neck. And it'd squawk at me, hop off the table and run out of the kitchen, in all its nude featherless glory.

And yet that is not as bizarre as this clip from Martha Stewart that was on Serious Eats.
Anyone wants to turn their baby into a turkey? Anyone?